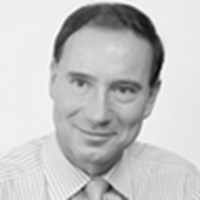 Andrew read law at Cambridge University and has specialised in employment law since qualifying as a solicitor and joining Taylor Wessing in 1985. He was made a partner in 1991 and, in 1996, he set up the Employment and Pensions department, serving as both Head of department and a member of the firm’s Executive Board until 2004. During this period the department quadrupled in size and fee income. The Employment and Pensions group (as the department is now known) continues to be a vibrant practice area and a major profit centre for the firm; it accounts for over 8% of Taylor Wessing's revenue and is very well regarded by the legal directories.

As International Integration partner, the role he assumed on stepping down as Head of department, Andrew took charge of the International Employment & Pensions group’s integration strategy and works closely with the firm’s offices in Germany, France and Belgium.

Andrew's employment law practice covers many areas of UK and international business. He has developed particular expertise in the insurance, banking, aviation, printing, publishing, and construction sectors, plus information technology and other intellectual property rich industries.

Andrew acts primarily for companies and institutions but he also handles a wide range of work for individuals – particularly senior employees and partners – a field in which he has established a noteworthy reputation over the past 25 years. Andrew is ""highly regarded"" and considered “excellent” by the ""Legal 500"". According to the ""Chambers"" directory, Andrew is ""switched on"", ""knows the law"", ""grasps the issues easily"", ""tends to hit the mark straight away"" and ""will work with you strategically to ensure the right outcome"". He is undoubtedly one of the City's leading practitioners in this area. In Chambers UK 2014, Andrew is described as ""an outstanding strategist"" and ""his skills are exceptional and he works diligently to mitigate potential exposure of our business"".

Andrew handles all types of employment law work and tackles a wide range of management and human resource issues. His practice is focused, however, on the following (listed alphabetically):

Corporate acquisitions and disposals
Corporate restructuring
Discrimination
Negotiation of employment contracts
Partnership disputes
Recruitment
Termination of employment
TUPE
Andrew is listed in ""Legal Experts"", published by Legal Business. His leadership of the department over the previous 8 years and his contribution to Taylor Wessing’s business was specifically recognised by Legal Business when the Employment and Pensions department was short listed for Employment and Pensions Team of the Year, in 2004. Andrew was Head of British American Business Inc's Employment Forum from 2001 to 2005; was a board director of the US fund manager, Bessemer Group UK, from 2000 to 2009; was a trustee of DARE, the charity which helps employees with disabilities, from 2000 to 2008; and has since 2008 been a board director and trustee of the charity, Whizz-Kidz, which provides wheelchairs and mobility equipment to disabled children and young adults and whose Community Interest Company, Whizz-Mobility, is a market leader in Third Sector dealings with the NHS. In 2009 Andrew achieved an important victory against the United Nations, in the UN’s highest court, acting for over 10 years on a pro bono basis for the widow of one of his best friends, a case which brought Taylor Wessing the accolade of Pro Bono Firm of the Year. Andrew is married, has two children and lives in East Sussex.