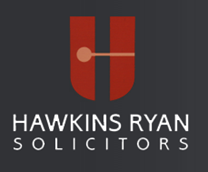 Anthony Ellis commenced his employment at Hawkins Ryan in the year of 1968, his progression and dedicated hard work meant that three years later Tony was appointed as a Partner, in 1971. He was a Senior Partner between the years of 1999 and 2009 when he retired from the partnership. Despite his retirement, he has continued as a consultant for both residential and commercial conveyancing transactions respectively.

In 1988 Tony was elected President of the King’s Lynn and West Norfolk Law Society.