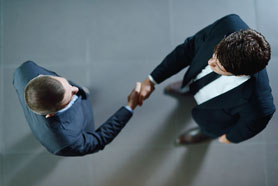 Arbitration is a method of alternative dispute resolution (ADR). An ordinary court will generally make decisions according to the domestic laws, but an arbitration court is country-neutral and is governed by international trade practices and principles. Unlike court hearings, arbitration proceedings are not open to the general public. You can also choose the judges that you believe are the most suitable for your case, which you cannot do in ordinary court hearings.

You have a strong chance of recovering the money awarded by the arbitration court in the 149 countries which are currently signatories to the New York Convention.

In some countries, arbitration is not allowed in certain types of cases. This includes disputes affecting protection of consumer or employees' rights and the disputes over whether a company's articles of association are valid. These exceptional cases are dealt with by the ordinary court. Also in the UK, Switzerland and Germany, arbitration clauses in agreements or articles of association are not enforceable on parties who did not sign them.