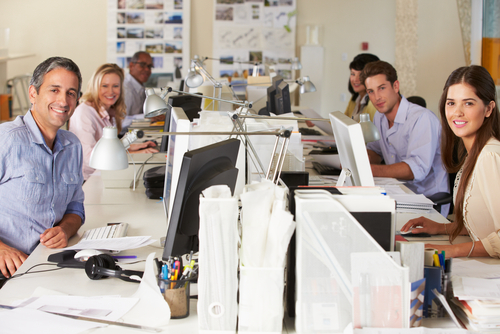 Recruitment agencies offer a way for people to get casual, temporary and sometimes long-term work relatively quickly and easily. Agencies provide staff for employers who are in turn responsible for the way the agency conducts with regard to the employers diversity and equality policies.

Anyone working through a recruitment agency is classed as a worker rather than an employee, and as such is entitled to certain rights such as regular rest  breaks, paid annual leave, the National Minimum Wage and protection from discrimination. For more on employment status and the rights it entails, see our guide on Employment Rights.

The Agency Worker Regulations are in place to govern the welfare of agency temps, particularly with regard to their treatment when compared to an employee hired directly into the relevant organisation.

From day one of the agency workers' employment, they will be entitled to the same on-site facilities and information regarding job vacancies as any other employee; and after a 12 week period these entitlements increase.

The introduction of the Agency Worker Regulations means that any agency worker who completes a 12 week qualifying period in a certain job becomes entitled to the same treatment and rights as a comparable employee hired directly through the organisation. This includes, for example, any bonuses, commission or holiday pay and any extended working time rights offered by the company.

This 12 week period does not have to be continuous; any breaks for six weeks or less during the assignment will simply pause its accrual. The same applies to any breaks for sickness or jury service but with an acceptable period of 28 weeks instead of six. Any absence related to pregnancy or maternity will not pause the accrual of the 12 weeks at all.

These regulations apply to anyone supplied by the agency for temporary work, including anyone supplied via intermediaries, but not to anyone who is genuinely self-employed or working on a managed service contract.

If the agency worker is involved in multiple simultaneous assignments, the 12 week period will accrue separately for each individual assignment.

One aim of the Agency Worker Regulations is to make sure that any worker they provide for a company is working under the same relevant terms and conditions as a comparable employee.

The agency worker is a comparable employee if:

A Swedish Derogation contract is one whereby an agency worker is offered a permanent contract of employment by the agency which entails:

This pay must be equal to at least 50% of their regular pay while on assignment, and must be at least equal to the National Minimum Wage.

When entering into a Swedish Derogation contract, the recruitment agency is required to make sure that all the necessary terms and conditions are made clear to the worker, particularly with regard to the fact that they will not be entitled to equal pay rights under the Agency Worker Regulations.