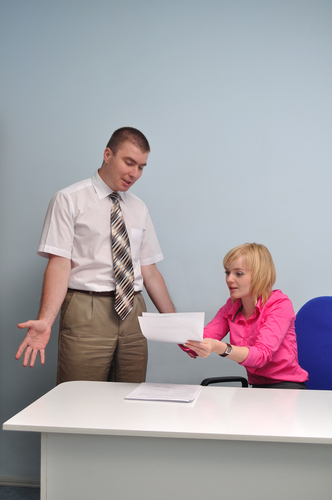 Gross misconduct covers misdemeanours such as drinking in the workplace and sexually indecent behaviour which are sufficiently serious as to warrant immediate dismissal. In such a situation the employer is not obliged to give either notice or pay in lieu thereof.

There is no set list of misdemeanours that class as gross misconduct and it is at the employer’s discretion to decide (and specify in the employment contract) which do. Typically it is things like drug taking, violent abuse, theft, drinking and sexually indecent behaviour.

When an employee is dismissed for an offence other than those typically considered gross misconduct, then the dismissal can be seen as contentious. In this case, the employee can take the employer to an Employment Tribunal, and often come out on top. The responsibility here falls on the employer to demonstrate the legitimacy of the dismissal in question. They must prove that any reasonable employer would have made the same decision in similar circumstances.

At the Tribunal, the result will hinge upon several factors such as how thoroughly the alleged offence was investigated in the first place, whether or not the employee in question had the opportunity to tell their side of what happened (with the appropriate representation), and to what extent the employer followed correct procedure throughout.

In order for an employer to avoid the potential of being sued by a dismissed employee, it is important that the employer does the following in order to meet the correct procedure for dismissal on the grounds of gross misconduct:

If any of these steps are not met then the dismissal can be challenged and there is a chance the employee could sue the employer.