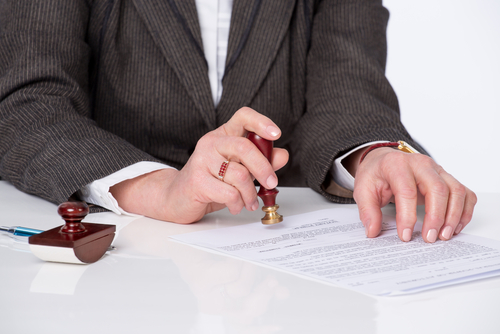 An employment tribunal serves as a last resort dispute resolution service to settle any disputes between employee and employer (or ex-employee and ex-employer).

But whilst perhaps the best way to settle otherwise unresolvable disputes, such disputes may only be taken to an employment tribunal once all internal resolution procedures have been exhausted. After going through all internal procedure, the dispute must pass through ACAS or some other similar body. If like the internal measures this fails to lead to any resolution or reconciliation then the dispute is ready to be taken to an employment tribunal.

What kinds of claim can be heard by an employment tribunal?

The following types of claim may be taken to an employment tribunal:

All claims of these types can be heard, but must be taken to the tribunal within three months of the complaint/dismissal.

How does an employment tribunal work?

The tribunal will settle whatever dispute is taken there, and if the final ruling is in favour of the claimant (i.e. the employee), then said claimant will either receive appropriate monetary compensation, or the right to re-employment with the employer in question. This can be either reinstatement in their original position or what is called 'engagement', whereby a different job is awarded with the same employer.

There are two different types of compensation that an employment tribunal can award if the ruling is in favour of the employee. These are the basic award and the compensatory award.

The basic award is similar to redundancy pay, in as much as it is a fixed amount determined by a set calculation dependent on the employee's gross weekly wage, at a maximum of £430 per week. This amount is multiplied by the amount of time since the initial complaint.

Note that an employee who has received redundancy pay already is not entitled to any basic award compensation.

The purpose of the compensatory award is to, as the name would suggest, compensate any losses incurred because of the issue in question. It is more difficult to calculate and quantify than the basic award, though there is still a maximum amount, set at £72,300. This maximum however, can be exceeded in what the tribunal deems to be extraordinary circumstances.

The compensatory award is calculated according to the following factors:

It is important to note here that legal aid is not offered to anyone taking a case to an employment tribunal. However, trade unions often offer support, including paying the cost of a solicitor; and if your case is one of discrimination, then the Equality and Human Rights Commission (EHRC) might also offer you financial support.

Occasionally, an employment tribunal will rule that one (or both) of the parties in question must pay legal costs for the case, despite there being no fees in the first place. This generally happens only when one party has acted in a contentious manner, acting unreasonably during the hearing, or if, for example, the employee is seen as bringing a clearly contrived case to the tribunal.

An alternative method of settling disputes is to hire an arbitrator, someone independent and impartial who will decide the outcome of the dispute based on evidence presented by both parties. For further information check our guide on Arbitration.