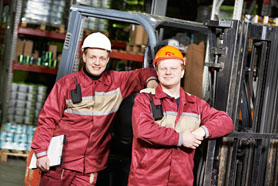 A trade union represents employees who are in dispute with the employer because of wages, working conditions and discrimination. Trade unions are independent from any employer but look to forming a close working relationship with their members.

How does a trade union get recognised by an employer?

For a trade union to get recognised by an employer, there has to be a recognition agreement. This can be either voluntarily reached between the two parties or can be reached with the help of the Labour Relations Agency.

If a recognition agreement cannot be reached and you have employed more than 20 people, the union may apply for statutory recognition.

This is done by submitting request recognition from the employer in writing. If unsuccessful, the union can apply to the Industrial Court, who will consider various factors such as the level of union membership, the presence of that union and the presence of other unions.

Usually, they organise a ballot among the affected workforce to decide whether recognition should be awarded. Throughout this process, the emphasis is on reaching voluntary agreement between the two parties.

To recognise a union in the workplace, the employer must:

Collective bargaining can only effectively work where employers and the union have agreed on how the recognition agreement is to operate.

Informing and consulting with unions

Employers must inform and consult with the union they have recognised if the following arise:

If you as an employer fail to inform and consult the union about the above you could be fined by a court.