Discrimination in The Workplace 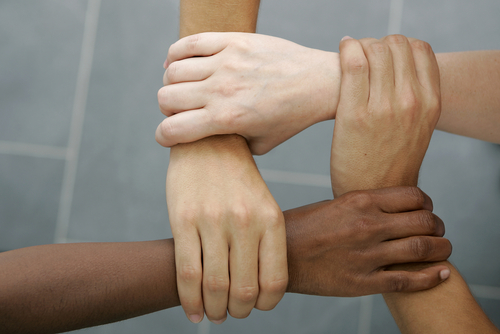 This article will give an overview of discrimination and how it is defined under the law.

More information on specific types of discrimination can be found in the following articles:

The biggest change the Act has made to any previous legislation has been to that which governs discrimination based on disability, more information on which can be found in our disability discrimination guide.

Below is a list of the key concepts within the Equality Act:

Discrimination is defined in terms of protected characteristics, and it is people who possess these characteristics that the Equality Act is set out to protect.

The legislation divides discrimination into six different categories, most of which apply to all protected characteristics, and where they do not this will be specified:

Direct discrimination occurs when an employer treats one employee less (or more) favourably than another because of some protected characteristic (e.g. age). For example offering one employee a promotion over another, based solely on their age, not on any relevant ability.

An employee is the victim of indirect discrimination if a provision, criteria or practice (PCP) applying to everyone disadvantages them due to their being part of a certain group defined by a protected characteristic, or has a disproportionate impact on those within such a group.

Such a rule is discriminatory unless the employer can justify it as a proportionate means of achieving some legitimate aim.

An example of this would be a change to shift patterns which strongly inconveniences women with care-giving responsibilities, or disabled employees due to problems with timing and transport. Unless the change can be justified in terms of the company's business aims, then those inconvenienced are indeed the victims of indirect discrimination.

Indirect discrimination applies to all protected characteristics except for pregnancy/maternity.

Introduced as a form of direct discrimination, this occurs when an employee is disadvantaged or treated unfairly due to their association with an individual or a group who has a protected characteristic, even if they themselves do not have this characteristic.

An employee is the victim of perceptive discrimination when they are treated unfairly or less favourably because the employer perceives them as having a certain protected characteristic, even if they may not.

This was also introduced as another form of direct discrimination and applies to:

While officially, harassment applies to all protected characteristics other than marriage/civil partnerships and pregnancy/maternity, the employer should act as though it applies to these as well, due to overlap with characteristics such as sexual orientation.

For further detailed information have a look at our Harassment and Bullying guide.

Victimisation is when an employee is treated unfairly or less favourably because either they have, (or is thought by the employer to have), raised or supported a complaint or grievance under the Equality Act 2010. This may also occur post-employment, for example when trying to get a reference from the employer in question.

An employee who feels discriminated against may first bring it to your attention to discuss it. But if this course of action yields no positive results then they may take the claim to an Employment Tribunal.

The employment tribunal has the power to recommend a general course of action for an employer to take. This would be with a view to reduce and ideally eliminate all instances of discrimination of the relevant kind, applying to all employees, not just the claimant.

Any employee who suspects any difference in pay based on some protected characteristic has the legal right to request relevant information from you in order to settle the matter. While businesses are not currently obliged to publish equal pay reports giving evidence of equal pay, bodies such as the Advisory, Conciliation and Arbitration Service (ACAS) have issued guidance for employers, advising voluntary equality reporting.

Importantly, legislation does state that if an employer loses an equal pay claim at an employment tribunal, then the tribunal may instruct them to publish an equality report unless:

Employers have always been permitted, and indeed encouraged, to take positive action to remove barriers that prevented certain people or groups from being employed by, or progressing within, their organisation. The Equality Act 2010 adds to this by allowing an employer to recruit a candidate from some under-represented minority over one who is not, when both are equally qualified. Note that this is not a requirement of any sort - employers are not obliged to recruit with this in mind, they are merely permitted to do so.

The Act also contains provisions applying to public sector workers, who act under a single equality duty, requiring them to lead by example, and where possible to take positive action to promote equality within their workplaces.

An employer may be exempt from certain regulations governing recruitment and selection when including a certain protected characteristic as a requirement for a certain job if, given the context and nature of the work:

As mentioned in this article, pay secrecy clauses cannot be enforced under the Equality Act and should not feature on any contract of employment presented to a new employee.

As a general rule, consider how any current policies and procedures may be construed as discriminatory, particularly in terms of associative discrimination claims, and where relevant, update and amend them in line with the provisions of the Equality Act.

Consider the circumstances in which employees may encounter harassment from others and (where possible/appropriate) adapt or change any policies or procedures which readily allow harassment to occur.

The Equality and Human Rights Commission (EHRC) has published non-statutory guidance relating to the Equality Act and statutory codes of practice on employment and equal pay. For further information visit the EHRC website.