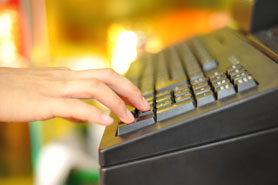 A business is insolvent when it has no money and can no longer pay short-term debts due for payment. Although it may seem like the end of the road for the business, there are steps you can take in order to get it back up and running smoothly again.

If the business is insolvent, there are a number of courses of action open to you, which will be looked at below. All types of business can opt for:

If the business is a company, there are two further options:

This is the most common route for businesses that are insolvent. A business enters administration upon appointment of an administrator. This can be done by the business itself, its directors, the court or by the holder of a qualifying floating charge. A charge is taken by a company against an asset as security against borrowing; the borrower would not be able to sell or transfer the asset without the charge holder’s permission. A floating charge means that the charge holder does not have to be asked for permission. A qualifying floating charge means that you can appoint an administrator without the need for an order of the court.

The appointed administrator’s job is to rescue the business or to make sure that the creditors get back more of what they are owed than if the business was to go into liquidation (turn its assets into cash). When a business is placed into administration, creditors are repaid depending upon their priority and the amount of cash left. The highest priority are secured creditors, whose debt is attached to a particular asset, and any expenses relating to the administrator. A preferred creditor has priority over unsecured creditors.

A preferred creditor is a creditor receiving a preferential right to payment upon the business’ insolvency. These creditors are given priority either for the whole amount of the money owed to them or up to a certain value. Preferred creditors have priority over secured creditors whose security is in the nature of a floating charge.

Preferred creditors will include:

An unsecured creditor is a creditor that does not have the benefit of any security interests in the assets of the business debtor. In the event of insolvency, the unsecured creditors will be at the back of queue and will only receive any amount of the money owed to them if there is enough proceeds of sale of assets.

A floating charge holder will appoint an administrative receiver, who will act as an agent of the business to sell its assets and pay off its secured debt. The main steps the administrator has to take are to:

You must take the following steps simultaneously:

A company can choose to negotiate with its creditors to reduce or reschedule a debt arrangement. This means that you can ask creditors to defer debt payment, defer interest payment or negotiate a new loan so that the business can survive. A CVA may be used alone or as part of the administration process. It is a form of contract, so it is legally binding on all creditors.

A company must contact an insolvency practitioner who will help draft the proposal.This will then be reported to the court, but there is no hearing.

This is similar to a company voluntary agreement,in that it isa negotiation between a company and its creditors. The difference is thata scheme of arrangement must be approved by the court and there is no need for an insolvency practitioner to be involved. The advantage of scheme of arrangement is that the director(s) or owner(s) can remain in control of the business and the negotiation. But the process involves making changes to the company’s structure, which is complex and is usually only used by larger businesses. Such schemes are designed to protect the base level interests of all classes of creditors so in practice schemes are rarely approved by the court.

When a company enters liquidations, all of its assets are converted into cash so that its creditors can be paid. This means that the company comes to an end. As with administration, the creditors are paid according to a particular order.

There are two types of liquidation:

If a company is unable to pay its debts on time, a petition may be lodged with the court for the compulsory liquidation of a company by:

Upon hearing the application, the court may either dismiss the petition, or make the order for winding-up.

Voluntary liquidation occurs when the members (shareholders) of a company resolve to voluntarily wind up its affairs and dissolve. If the company is solvent, and the members have made a statutory declaration of solvency, the liquidation will proceed as a members' voluntary winding-up. In that case liquidator can be appointed in a general meeting. If not, the liquidation will proceed as a creditors' voluntary winding-up, and a meeting of creditors will be called, to which the directors must report on the company's affairs.

Where a voluntary winding-up of a company has begun, a compulsory liquidation order is still possible, but the petitioning contributory would need to satisfy the court that a voluntary liquidation would be unfair on the creditors.

To finalise liquidation, you must call a final meeting. The liquidator will have to send the final accounts to the Registrar and notify the Court which then dissolves the company.

If a business does decide to liquidate the directors must make a statutory declaration of solvency followed by the passing of a resolution in a general meeting.