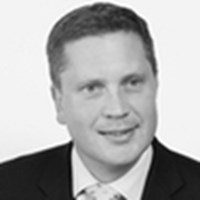 David is a partner in Taylor Wessing’s London Disputes and Investigations group. David’s practice area includes advising clients in complex commercial litigation including contractual disputes, fraud and asset tracing, corruption investigations, partnership and joint venture disputes and shareholder disputes. He has acted for global name companies, banks, individuals and family estates on such matters, typically on multi-jurisdictional cases. David led the litigation team acting on one of the largest cases concerning fraud in the pensions industry since the Maxwell fraud of the early 1990s and since late 2010 has been acting for the Trustee in Bankruptcy of Bernard Madoff’s former company in relation to litigation in the UK and other Commonwealth countries to recover the estimated US$20 billion lost under Madoff’s Ponzi scheme.

He regularly acts for clients bringing and defending injunction proceedings and has acted as the High Court appointed independent Supervising Solicitor on the execution of doorstep delivery–up orders.

He is recognised as a leader in the fraud field in Chambers UK legal directory and has been praised for his ""total professionalism, attention to detail and good way with clients,"" who endorse him for ""bringing a balanced and pragmatic approach to the table"" and someone who ""can really analyse a complex case and come up with the results"". David is ranked as a leading individual in Fraud by Chambers UK 2014 and ""sources describe him as 'incredibly bright' and 'tenacious,' and a 'market leader' in the field of pension scheme fraud"". David also regularly acts for clients in the technology sector.