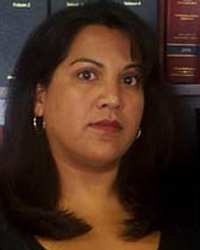 Deborah joined BNG in February 2007. Deborah is a Fellow of the Institute of Legal Executives, passing her exams in 1996. Since then she has worked predominately in Criminal Law, however she has also worked in Civil and Family Law. Deborah became a fully accredited Police Station representative in 2006.

Deborah deals with all offences in Criminal Law from commencement at the Police Station through to trial. In 2011 Deborah was one of the first ILEX Advocates to gain Duty Solicitor Status.