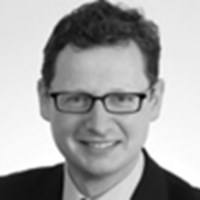 Dominic advises on a broad range of corporate, commercial and investment matters, including mergers & acquisitions, investment funds, reorganisations, project development and finance. He leads the Investments Funds and Energy and Infrastructure groups.

He advises on the structuring and establishment of investment funds including hedge funds, venture capital and private equity, energy and infrastructure fund. He also advises those funds on their investment activities and advises on secondary transactions involving fund interests.

A significant part of his practice is in the energy and infrastructure sectors, advising on investment, development, financing, acquisitions and disposals. He has advised on energy, infrastructure and transport projects in the UK and other European countries, the Middle East and Africa.

Dominic's clients include major corporations, funds, financial institutions and family offices. He spent a period on secondment to the principal finance group of a major investment bank and has spoken at various conferences. He has published articles on energy and investment funds and is a regular commentator in these areas.

He was educated at Downside and the University of London. In 2004 he was named as one of the “Lawyer Hot 100” in The Lawyer.