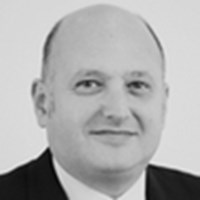 George has joined Taylor Wessing as a consultant. George is a trained lawyer but for a number of years has worked in the broadcast industry.