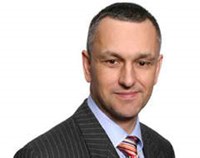 Giles specialises in pension disputes. He is recognised as a leader in the field by both the Chambers and Legal 500 directories. He handled many of the leading pensions cases from Imperial Tobacco (1990) and Maxwell (1991) to Bridge Trustees v Yates (2011) - the first occupational pensions case before the Supreme Court.

Giles was founder and Chairman of the Litigation Committee of the Association of Pensions Lawyers ("APL") from 1998 - 2008 and is Vice President of the Association of Corporate Trustees (TACT). He is an accredited Mediator and joint author of the APL Guidance Notes on Pensions Ombudsman Procedure and a member of the DWP Industry Advisory Group for the Financial Assistance Scheme and the Actuarial Profession's Pensions Practice Executive Committee. Giles has worked closely with the Pensions Regulator (TPR) in cases including GEC (2007) (where in his capacity as a Chairman of Eversheds trustee company, Bridge Trustees Limited, he was appointed as an independent trustee of the £3 billion GEC Plan) and Box Clever (2011) where he assisted trustees in obtaining a Financial Support Direction against ITV.

Sources in the Chambers directory describe Giles as an "outstanding lawyer, who practically invented pensions litigation", "energetic and imaginative in testing creative solutions".

He is sought after for his "huge intelligence and dedication," in addition to his commercial nous. Also, "Giles Orton seems to have been at pains to ensure that I, as a client, am kept fully briefed and involved, while also ensuring that any input I might make is welcomed and understood". With 20 years' experience, he has established himself as "a major name" in the sector. "He is a big personality and an individual hero", says one source.