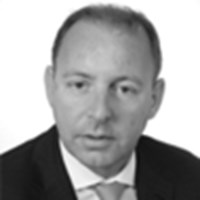 Keith was head of Real Estate at Taylor Wessing since 2007 until 2013 when he became a business group director, sitting on the management board and the international management board. His experience covers all aspects of commercial property work specialising in property development, finance and investment. Keith has acted for a number of significant property occupiers as well as a wide range of property companies, banks, financial institutions and overseas investors. Keith has been named in The Lawyer's ""Hot 100"" lawyers list.

Recent examples of his experience include:

acting for Soho Estates in its acquisition of the Foyles portfolio comprising over an acre of prime Soho real estate;
acting for Wainbridge in its assembly of a significant portfolio of central London properties;
acting for leading entrepreneurial real estate property company in connection with its 1,000,000 sq ft mixed use development in South East London;
acting for a private entrepreneurial company joint venture to acquire a property portfolio valued in excess of £500 million;
acting for leading international pension fund in the acquisition of £150m of Central London real estate; and
advising Heron in connection with its proposed scheme at Heron Plaza in the City of London to provide a mixed-use scheme featuring the City of London's only super-luxury hotel to be operated by Four Seasons.
Keith is a frequent participant in property law seminars and conferences and is rated both by Chambers and Legal 500 as one of London’s leading real estate lawyers. Chambers UK 2014 describe him as he brings ""impressive experience and commercial know-how"" to a transaction. Keith qualified as a solicitor in 1985, following which he spent eight years at leading property specialists D J Freeman before joining the Andersen Legal firm, Garretts in 1993 where he was Head of Property until arriving at Taylor Wessing in May 2002. Keith is a Trustee of the Chief Rabbinate Trust and is a member of the Advisory board of IDB Bank.