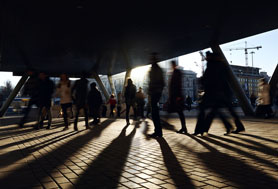 Automatism means that the defendant was not aware of their actions when the crime was committed, or if they were, they had no control over their actions.

This is not, however, as straightforward as it might at first sound. The automatism defence only applies if there has been a complete destruction of the defendant’s ability to command their own actions during the offence, and – crucially – that this destruction was not their fault.

Take, for example, a driver who falls asleep at the wheel of the car, causing an accident. Clearly the driver was asleep, and so had no control of his body. However, as a defence, that won’t work – it was the driver’s responsibility not to fall asleep in the first place.

Automatism has a fairly wide scope, although when it comes to medical conditions it becomes more complicated, and can become an issue of prior fault. For example, a diabetic who loses control of their car because of hypoglycaemia may still be held accountable.

In other, even more complex cases, such as sleep walking or a temporary fugue state, it is usually down to forensic mental health professionals to determine just how much control the defendant was able to have over their own actions at the time of the crime.