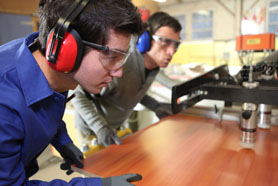 In very general terms, a criminal act can be justified if it was necessary to prevent a certain and greater harm than the harm caused by the criminal act. The fact that this form of defence is rarely used, and more to the point is even rarer in succeeding, shows that there are very few instances when breaking the law is not viewed as an offence – no matter what the reasons.

One of the defining features of this defence is that the situation that warranted the offence was not caused by another person (which would then fall under self defence or duress) and that the defendant was in risk of real and immediate harm.

In most cases, the justifiable offences will be minor and/or strictly necessary, such as breaking the speed limit to acquire medical assistance, say, or kicking down a door to escape a fire.

In the event of a more serious crime, however, necessity as a defence is not usually applicable. Murder, for instance, can rarely be justified as necessity because by its definition, crimes of necessity are not caused by someone else – so killing someone else will not help.