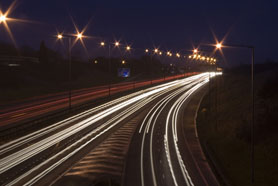 The legal definition for careless driving consists of driving without due care, not paying attention to the road whilst driving and driving with a lack of awareness and regard for other persons. Clearly, this encompasses a broad range of scenarios. A common example is when a distraction contributes to an accident. For example, if you are smoking or adjusting the radio and there is an accident, it is likely that you will face a charge of careless driving. Also, if you cause an accident by driving through a red light or undertaking another vehicle, this would also constitute careless driving. In order to be prosecuted for careless driving, you must be handed a Notice of Intended Prosecution.

Depending on the context of the situation, there are various defences which you can adopt to argue against a charge of careless driving. Although not an exhaustive list, these range from the car having some form of mechanical fault to the manner of driving being necessary at the time. If there was a mechanical fault with the car, this must be reported to the police at the time, otherwise it would be problematic to use as an argument. In order to argue that your driving was careless out of necessity, you must be able to prove that someone else’s driving was the cause of your careless driving.

There are a range of punishments for the charge of careless driving, all of which depend on the nature of the accident and charge. For example, it is possible that you could be given a fine of up to £5,000. There is also the possibility that you could get anywhere from three to nine points on your licence. The most stringent penalty is a disqualification from driving; this is reserved for extremely serious cases.

If a death is caused by careless driving, as defined above, the charge and punishment is far more serious. A momentary loss of concentration can be fatal and can lead to a long prison sentence. If your driving falls under the definition of careless driving, and there is a death as a result, the mandatory punishment is disqualification from driving. In addition, there is the possibility of an extended retest, an unlimited fine and a prison sentence of up to five years. In order to be prosecuted for such an offence, a Notice of Intended Prosecution must be issued to you.

This is similar to causing death by careless driving; however the accident may not have been caused by a momentary distraction, but by the driver being under the influence of alcohol or drugs. In order to be charged with such an offence, you must be over the prescribed legal limit of alcohol at the time or you must be proven to be unfit to drive due to drugs. If you fail to give a blood, urine or mandatory sample of breath within 18 hours after the death, you can also be charged with causing death by careless driving. Failure to do so can be as a result of being physically unable to (due to alcohol/ drugs) or simply refusing to. In either instance, you are likely to be charged. As with other careless driving offences, you must be issued with a Notice of Intended Prosecution.

Punishments for this offence are generally quite severe. The minimum prison sentence is one year and the maximum is 14 years. In addition, there is a mandatory two year disqualification from driving.

Causing death by driving for unlicensed, disqualified and uninsured drivers

This offence differs from careless driving offences as the driver can be charged regardless of whether the accident was their fault or not. Unlike careless driving offences, if the driver was driving with due care and the accident was not caused by a distraction, the driver will still be charged (if they are involved in a fatal road accident). If you do not have a driving licence or insurance or you are disqualified from driving, and an accident which you are involved in causes a death, you are likely to be charged with this offence. Generally, those who are disqualified from driving are treated more seriously than people who are uninsured or who do not have a licence. The punishment for this offence varies in relation to the context of the accident. You may receive a maximum prison sentence of two years. There is also a mandatory 12 month ban from driving, the possibility of three to eleven points on your licence and the possibility of an extended retest.