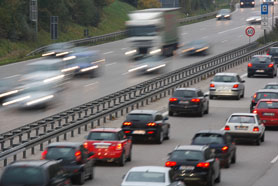 Once you have been convicted of a road traffic offence, the following categories define the different ways your driver's license can be affected:

It is likely that the severity of the punishment will relate to the length of time the endorsement stays on your licence for. Serious offences, which lead to 11 year endorsements, include driving while under the influence of drugs or while over the legal limit of alcohol. If you do not provide a sample for these tests, your actions will also be treated as a serious offence. The charge of causing death by careless driving also results in a long-term endorsement on your licence.

Following the four or eleven year time period, if you want to have an endorsement removed from your licence, you need to contact the DVLA. For all those who have a photo-card driving licence, you need to apply to the DVLA with the D1 form, which can be obtained from either the post office or the DVLA directly. D1 forms must be sent to the following address: DVLA, Swansea, SA99 1AB. You must also send your licence and the application fee with the form. Should you still have a paper driving licence, it is necessary to apply for a new photo-card driving licence, before you can apply to have endorsements removed from your licence. In order to do this, you must send form D750, photo-ID and a passport photo to the above address.

There is a possibility that the DVLA may want to carry out some medical checks during the application process. For example, if you were disqualified from driving or committed an alcohol related motoring offence, the following markers are used to measure whether you are over the permitted limits. The DVLA will make medical enquiries if your blood, urine or breathalyser levels exceed the following levels:

In addition, medical enquiries will also be made if you received two disqualifications within 10 years for drink-driving offences or were disqualified for either refusing or failing to provide a sample for analysis when necessary.

If you receive 12 or more points on your driving licence within three years, you face being automatically disqualified from driving. This is called totting up.

As of 1995, all new drivers who accumulate six points on their licence, within two years of passing their first test, will have their licence revoked. Should this happen, you must take the same steps as someone who cannot drive. This includes getting a provisional licence, practising as a learner and passing your driving test once again. Upon passing for the second time round, the six initial points will remain on your licence.