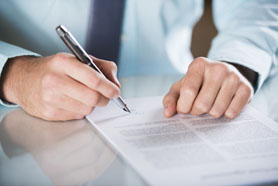 Each year, roughly two million drivers receive endorsements or penalty points on their licences. Such high statistics render car insurance extremely important. This is especially true when considering the (negative) effects of endorsements on the cost of your car insurance. Research conducted in 2004 indicates that motorists can expect to a see a hefty increase in their car insurance premium, of anywhere from 28% to 44%, sometimes even more. Similar research conducted since 2004 has highlighted similar trends. The majority of insurance companies increase the premiums for drivers that have got points on their licence.

It is not just penalty points which have a negative effect on your car insurance premium, disqualifications from driving will also have a detrimental effect and are likely to result in an increased price.

When completing an application form for motor insurance, you will be asked whether you have had any endorsements put on your licence in the past five years. Although these endorsements lead to a more expensive insurance premium, not declaring such endorsements can lead to insurance being rendered invalid. In order to determine what the effects of such endorsements might be, contact one of our solicitors for expert legal advice.

The amount your insurance premium increases by will relate to the amount of points which are on your licence. If you have six points, the proportional increase will be lower than if you have nine points; an increase is to be expected nonetheless. Another factor which is taken into account by insurance companies is the length of time which you have had the points on your licence for. For example, if all six of your points are over four years old, your increase will be less than the increase if all six points were less than four years old. In short, the more points you have, the worse, and the longer since you last the received one, the better.

It is not only increased insurance premiums which you should be aware of. In the event of an accident, the excess payable on your policy is also likely to increase as a result of penalty points and/or prior driving bans.