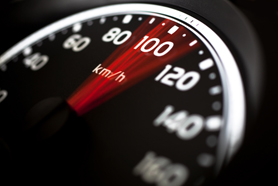 If you are driving at a speed which is greater than the prescribed speed limit, you have committed a speeding offence. Should this happen, the maximum penalty will be a fine which will not exceed Level 3. You will receive three to six points on your licence, and may be disqualified from driving.

It is likely that you will be disqualified from driving if your speed was in excess of 30mph over the prescribed limit. However, other factors such as the weather and conditions will be taken into account.

A common punishment is a fixed penalty notice, which involves a £60 fine and three penalty points. In this instance, you will not have to go to court. However, if you feel that you are not guilty and do wish to go to court, you will be taking a risk as the punishments of the court would be harsher and you would also be liable to pay the court fees. Nonetheless, there are legitimate defences which can be adopted. For example, you may not have been speeding, and a genuine mistaken may have been made. Similarly, it may not have been you who was driving. If the vehicle which you were driving was exempted, and it was an emergency, your defence stands a chance of succeeding.

The only evidence required to convict offenders for this offence is a photo or photos from a speed camera. If there are no photos, there must be two different pieces of evidence, such as a recording from a police car’s speedometer or radar gun. If evidence from a radar gun is used, the police must provide a record of the device and a certificate which details how the device was used and the specific circumstance. This certificate must be signed by a police constable (or sometimes a different authorised individual).