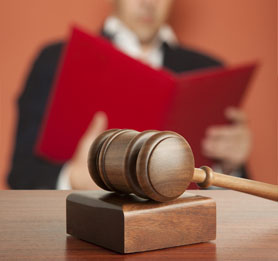 As we have seen under Road Traffic Offences, the various offences are punishable in various ways, including:

Many offences will result in fines, and often fines will accompany the more severe punishments, depending on the nature of the offence. Fines vary hugely in size as well; parking ticket fines can cost as little as £25, and fines for serious offences such as causing injury or fatality while driving drunk can go into the thousands.

Points on your licence

Almost any offence committed on the road (careless driving or speeding for example) will result in points accruing on your licence. For example, for a speeding offence, you will receive three to six points, and dangerous driving can result in up to 11 points.

If you accumulate six points within the first two years of holding your licence, it will be revoked under the New Drivers Act. Reaching 12 points in any three year period will result in a driving ban (called a totting up ban).

Any road traffic offence will result in an endorsement on your licence; this takes the form of a specific code related to the offence, for example:

Endorsements are not permanent but rather will stay on your licence for a set period of time which will reflect the severity of the offence. Lesser offences will stay for four years, but the more serious ones will stay there for up to 11 years.