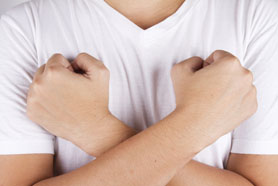 Defences based on self-defence and duress are not actually the same thing, although they are both based on a basic principle: that the defendant cannot be held accountable for their actions because they had no choice but to commit the offence.

Self-defence is fairly straightforward: a person may be allowed to act in ways otherwise considered illegal to prevent immediate harm to themselves or others. Less straightforward is the question of reasonable force – in other words, whether or not the measures taken by an individual were excessive or not. It is up to the jury or judge to decide what is or is not reasonable force.

Duress, meanwhile, is different because it refers to a situation where a person commits an illegal act because of violence or serious threat to himself or herself. Take the example of young child, who steals from a shop because a far older person physically threatens to hurt him if he doesn’t. In this case, the child is not liable because he was essentially forced to carry out the theft.