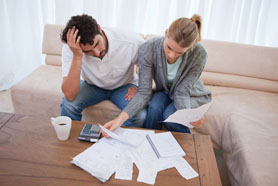 There can’t be many of us who haven’t, at some point in our lives, been in debt. The problems start, however, when we can no longer manage that debt.

Legally speaking, a debt is when one party – known as the creditor – agrees to lend an asset, usually money, to another party – the debtor. There are various types of debt, but a term loan, or basic loan, is the simplest and most common form, and one that most of us will take out at some point in our lives.

With a term loan, the amount of money lent is known as the principal sum, and that must be repaid on or before a fixed date (the term). This term is agreed between the two parties before any money changes hands.

If the loan is a commercial one – so one that is acquired from a bank or other lending company – the debt will normally accrue interest, calculated as a percentage of the principal sum per year. This will also have to be repaid, either periodically – weekly, monthly or annually say – or when the debt is due. The most common way that interest is calculated is through an annual percentage rate (APR), the use of which is regulated in the UK.

Borrowing money allows people to do things they wouldn’t ordinarily be able to do, such as buying a home, a new car or any other large-scale purchase. It can be life changing. And as long as you can keep up with the repayments, all should be well.

But there are risks. Very quickly people can start to struggle with debts that were once manageable. Sometimes they simply borrow too much, and their income no longer covers the repayments. Or there may be events outside their control, such as being made redundant. When this happens, the first move should always be to talk to your lenders; often they will be happy to help.

But if discussions ultimate prove fruitless, there are three common ways of managing debts that you can no longer repay. Let's look at each of those a little closer: