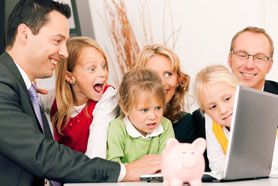 A debt management plan is an agreement between a debtor and creditor (or creditors) that helps reduce the outstanding debts over a fixed period of time, putting you back in control of your finances by the end of the plan.

This type of plan, which is also known as an Individual Voluntary Arrangement (IVA), is most commonly used for unsecured loans, where the debtor has no asset that may serve as forfeit to the loan.

Debt management plans were established (and continue to be regulated by), part 8 of the Insolvency Act 1986. The idea was to help more people out of debt without them having to resort to bankruptcy and all its onerous terms (see Bankruptcy). It also means creditors are more likely to get their money back. You can also apply for an IVA after being declared bankrupt; if successful, the bankruptcy will be annulled.

Once the county court has agreed the IVA, an insolvency practitioner is hired to draw up a repayment schedule, which will be tailored to the debtor’s income and expenditure. Expenditure may include:

Once an individual’s outgoings have been calculated, they are subtracted from the debtor’s income and any money left over is known as disposable income. The creditors will then take that until the debt is repaid (or the creditor is able to use alternative methods of repayment). You must have a regular income to be eligible for an IVA.

The advantage of an IVA is that, unlike bankruptcy, debtors do not normally lose their possessions. But repayment terms are usually long – often longer than those under bankruptcy – fees can be expensive and the agreement, as with bankruptcy, will stay on your credit file for six years.

Plans are also highly individual, so it is vital that you seek professional advice if you are considering an IVA.