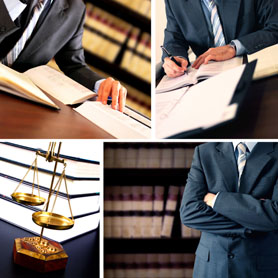 Lawsuits deal with civil actions only, and are not used in cases concerning criminal acts. The person who brings a dispute to court is called the plaintiff; they are usually the person who feels that they have incurred some form of loss or grievance, which they believe the defendant is responsible for. It is then up the court to decide who is right.

So, an example of a civil action lawsuit. A carpet fitter supplies and lays some new carpets. Before he receives payment, however, a pipe bursts, flooding the house and ruining the carpets. The homeowner refuses to pay, arguing that the carpets are now worthless. The carpet fitter (the plaintiff) takes legal action, which results in a court summons for the homeowner (the defendant).

It is possible for the defendant to make a counter claim if they feel that they have suffered a loss or grievance that has been caused by the plaintiff.  So in our example, maybe the homeowner believed the carpet fitter caused the burst pipe through bad workmanship. In both circumstances, it is up to the court to decide who is right.