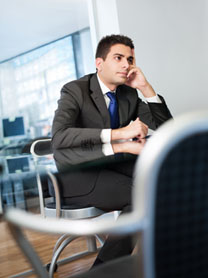 An employee may call for an appeal hearing as a response to either unwarranted disciplinary action (including unfair dismissal) or because a grievance they raised remains unresolved.

In the case of apparently unjust disciplinary action, the appeal may be based on things such as the penalty being unduly severe or inconsistent with the initial misdemeanour, or new evidence coming to light.

If an employee decides to appeal, they should do so in written form, and present this to the employer. The employer should then respond and the appeal hearing should take place without unreasonable delay, and at an agreed time and location.  The appeal should be dealt with in an impartial manner.

Who should be present

Both parties involved in the initial dispute should be present, as well as, where possible, a manager who was not initially involved whocan remain impartial.

The employee is also permitted to be accompanied by either a colleague, trade union representative, or some official appointed by the union, as long as they make a reasonable request to do so to the employer beforehand.