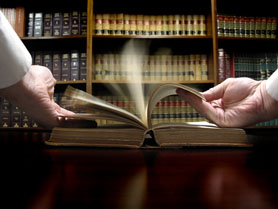 This page covers the rights and responsibilities for both employees and employers with regard to disputes, strikes and grievances.

Grievances are concerns or complaints an employee may make within and/or about his or her workplace. For example, an employee may raise grievances with regard to unfair pay, discrimination, apparent lack of basic employment rights, terms of employment etc.. These issues must be raised officially through a legally binding procedure.

There is a general Code of Practice for such procedures recommended by the Advisory, Conciliation and Arbitration Service (ACAS). Known as 'the Code', this initiative sets out some relatively simple rules in an attempt to help make the relevant procedures run smoothly.

As with many workplace issues, there is a certain importance placed on resolving any grievances internally and informally. If this does not solve the problem, then it is crucial that both employer and employee follow the correct procedure and guidelines when furthering the case.

These days the emphasis is on attempting to resolve workplace disputes between employees and employers internally, without the need of an Employment Tribunal. Indeed legislation brought in in October 2004 regulates this with statutory authority and ensures these internal discussions happen.

In a dispute between employee and employer, it can often be unclear as to who is at fault, and thus whether it is disciplinary/dismissal or grievance procedure that should be followed, or indeed both. Importantly, for an employee's claim in a dispute to be heard at an Employment Tribunal, it is absolutely necessary that the employee formally stated their grievances when the law required it.

Forming part of what is known as 'Industrial action', a strike occurs when a group of workers stop work, enforcing a rest period constituting an official protest or demonstration as a result of some grievance against the employer.

Also classed as 'Industrial action' is:

If an employee taking part in unofficial strike action is dismissed, then the employer is exempt from any unfair dismissal claim made by the employee, except in situations where “automatically unfair” reasons are involved.