Equality at Work - the Equality Act 2010 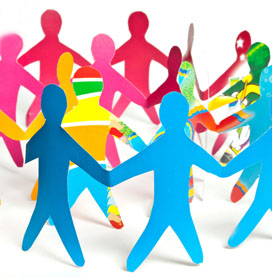 The Equality Act 2010 make big changes to the law concerning discrimination. This has particular application in the workplace.

Below is a list of the key concepts within the Equality Act:

If you are being discriminated against you can either complain directly to the organisation, or deal with it by using a mediation or alternative dispute resolution service. The last resort would be taking your case to a court or tribunal.

Legislation divides discrimination in the workplace up into various different categories. Brief examples of various types of age discrimination have been listed below:

For further information have a look at our Harassment and Bullying guide.

What does the employer have to do?

Employers may take positive action to attempt to address any problems associated with discrimination or under-representation within their workplace. The provisions of such action are relatively complex, and apply differently to action regarding recruitment and promotion.

Since the abolition of the Default Retirement Age (DRA), employers must now follow the same fair dismissal procedures to dismiss an older employee as they would with someone younger. Anything else is unfair dismissal and age-based discrimination.

Discrimination in the workplace is now separated into the following two categories:

An example of this would be an employee being punished or treated unfairly due to their child being disabled and thus requiring them to occasionally leave work in order to provide the necessary care.

Someone is the victim of perceptive discrimination based on disability if they are refused work due to the employer's belief that they are disabled when they are in fact not.

An employer may be exempt from certain regulations governing recruitment and selection when including a certain protected characteristic as a requirement for a certain job if, given the context and nature of the work. This is only the case if they can show:

What to do if you think you have been discriminated against?

If you feel you have been discriminated against at work, then the first port of call should be to raise the issue internally with your employer. However if this course of action yields no positive results then you may take you claim to an employment tribunal where, if your claim is successful, you may receive compensation in some form.