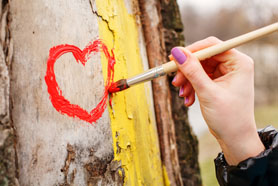 Couples of the opposite sex

You can marry someone of the opposite sex in a religious or civil ceremony (wedding) unless you are under 16 years old, do not have your parents’ permission if you are 16 or 17 or, in general, you are related by blood or adoption. Step-relatives can marry if they are at least 21 years old, if the younger person has never lived in the same household as the older person before the age of 18 and if the younger person has not been treated as a child of the older person’s family.

You must get married only within premises that have a licence for marriage such as registry offices or other local authority approved premises. You must give notice to marry if entering into a civil ceremony at the local registry office or via banns (a notice of proposed marriage) in marrying within a church or other place of worship. If you are not a UK or EEA national, you must have visa entry clearance in order to marry within the UK.

For a marriage to be valid, it must be conducted by or under the supervision of someone entitled to register marriages in the district and the marriage must also be entered into the marriage register, signed by both couples and two witnesses and the person who conducted the ceremony.

If you wish to get married abroad, you must contact the civil authority or embassy in that country to find out what you have to do to make sure your marriage is valid in that country and in the UK.

Couples of the same sex

You can marry someone of the same sex in the same way as couples of the opposite sex, and subject to the same stipulations, in a civil ceremony. You can marry in a religious ceremony if same sex ceremonies are accepted by the place of worship. It is not possible for same sex couples to get married in the Church of England or the Church of Wales. Couples in a civil partnership can convert it into marriage if they want.

In England and Wales, transgender people can only marry someone of the same or opposite sex if they have applied for and are granted a gender recognition certificate by the Gender Recognition Panel. Otherwise, they will still be considered to be the same gender as stated on their birth certificate.

You can only legally marry one person at a time. If you wish to marry someone else, you must divorce your current spouse. If you are found to somehow be married to more than one person, you have committed bigamy, which is an offence and a maximum sentence of seven years or a fine or both will apply and then any other marriages apart from the original will be void, therefore any other ‘married’ partners will not have marital rights.

Polygamous marriages, where more than one person lives together as spouses, are not legally recognised in the UK. Only the marriage between the two people that took place first will be considered legal. All the other “marriages” will be seen as simply cohabitation. There is a Sharia court system within the UK which does recognise polygamous marriages between Muslims but this is separate from UK law.

If you are planning to marry, divorce is probably the last thing on your mind. Unfortunately, for various reasons, not all marriages work out. It is the responsibility of the court to make sure that the assets that the couple acquired during their marriage are divided fairly and equally, according to certain criteria. This can be quite a complicated process, especially if there are assets that have grown independently of a marriage, like a business, or what each partner had before the marriage.

Can I claim Married Couple’s Allowance?

If you are married before 5 December 2005 and living together, and either you or your spouse was born before 6 April 1935, the husband can claim Married Couple’s Allowance.

If you married or entered into a civil partnership on or after 5 December 2005, and either you or your spouse or civil partner was born before 6 April 1935, the partner with the higher income can claim the Married Couple’s Allowance.