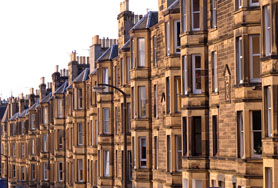 Can I buy the freehold of my property (Leasehold Enfranchisement)?

Leaseholders can buy the freehold of the building or part of the building in which the property is based, either on their own for houses or with other leaseholders (collective enfranchisement) for a block of flats. They can also buy the head lease, if their lease is part of someone else’s lease, or extend their lease.

Leaseholders of a block of flat can collectively buy the freehold or a head lease of their building, if the building has two or more flats and at least two-thirds of the flats are owned by qualifying tenants. To be a qualifying tenant, you must:

You cannot be a qualifying tenant if you hold a business lease or the landlord is a charitable housing trust and the flat is provided as part of the charity's functions.

The building will not qualify for collective enfranchisement if:

How do we make a claim to buy the freehold or head lease?

If the building qualifies, the minimum number of tenants participating in the purchase is half the total number of flats in the building. So, for example, where there are twelve flats in a building, at least six of the flats of qualifying tenants must take part.

You will also need to:

The initial notice should state:

Once you have served the initial notice, the freeholder must serve a counter-notice either:

If, after two months following the date of the counter-notice, there are terms, such as the price that cannot be agreed, both the tenants and the freeholder can apply to the Leasehold Valuation Tribunal.

If the freeholder failed to serve a counter-notice by the specified date in the initial notice, you may apply for a vesting order from the county court. This will allow you to claim the freehold on the terms of your initial notice, as long as the court is satisfied that you have a right to buy it. You will need to make the court application within six months of the deadline for the freeholder’s counter notice.

What is Right to First Refusal?

During that period, the freeholder can neither sell nor offer to anyone else at a price less than the price proposed to you or on different terms.

A breach of the leaseholders’ right of first refusal is a criminal offence. If the freeholder of your property sells their interest without giving you the right of first refusal, you can serve a notice on the new owner demanding details of the transaction, including the price paid. You can then take action to force the new owner to sell to you at the price they paid.