Home | Housing and Property | Problems in the neighbourhood

Problems in the neighbourhood 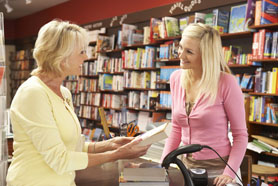 Neighbour disputes will vary and mostly depend on the individual circumstances. Some common neighbour problems which involve:

In some cases, your neighbour may behave in a way that amounts to discrimination. For example, if you are attacked because of your race or religion, this will be a 'racially motivated attack' or a 'religiously motivated attack'. Both of these are criminal offences and includes verbal abuse or threats and abusive slogans painted on a wall or building.

If your neighbours are discriminating against you, you might be able to:

How can I resolve a dispute with a neighbour?

It is always advisable to speak to your neighbour first before involving anyone else or making a formal complaint. If you are concerned about how your neighbour would react, you could try writing to them instead.

This will involve an impartial person who is trained in dealing with disputes to act as a go-between for you and your neighbour.

If there is no change after your direct approach with your neighbour, you can try contacting their landlord if they are a tenant.

If the landlord is a local authority or housing association, you should speak to someone within the housing department and they may be prepared to intervene on your behalf to resolve the issue.

It may be more difficult to find out who the landlord is, if it is a private accommodation. If you are able to, a private landlord (like a social landlord) is able to apply a certain level of pressure; he may even apply  for possession on the grounds that a tenant has been a nuisance to neighbours or committed an offence such as racially or religiously motivated attack.

If your neighbour’s behaviour amounts to a criminal offence, you can contact the police.

The common offences in the case of neighbour disputes are breach of the peace and racial or sexual assault or harassment.

Use a solicitor’s letter

A letter from a solicitor may be helpful in making a neighbour realise that you are serious about your complaint. You neighbour may also realise that the next stage might be eviction by their landlord.

This is usually as a last resort because it very expensive and although the dispute may be resolved successfully through the courts, the relationship between neighbours may be damaged.

You may also choose to move from your home because of a dispute with your neighbour. If you own the property, you will need to disclose the neighbour dispute to your buyer. If you do not tell the buyer about your dispute, they can sue.

Anti-social behaviour has no exact definition, rather, it involves behaviour that causes or is likely to cause harassment, alarm or distress such as:

Some of these may be covered as neighbour disputes but when they are persistent, they could also be seen as anti-social behaviour.

What can I do about anti-social behaviour?

What you can do about anti-social behaviour will largely depend on what you are complaining about and the result you want to achieve from your complaint. You may, for example, want one or more of the following:

A landlord would normally be able to apply for a court order to evict the tenant who is behaving in an anti-social manner and a private landlord may ask the police or local authority to take action.

A local authority or housing association landlord may:

An ASBO is a civil order to protect the public from behaviour that causes or is likely to cause harassment, alarm or distress and if you are given an ASBO, it means you are prevented from doing certain such as:

Who can get an ASBO?

An ASBO can be given to anyone who is aged 10 or over and who behaves in an anti-social manner. An ASBO will normally last for at least 2 years but may be reviewed if behaviour improves.

What happens if the order is not followed?

It is a criminal offence to break or breach an ASBO and you can be taken to court. The sentence you will be given will depend on the circumstances and your age. For example: