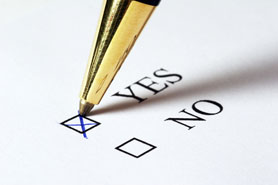 A passport is an official document issued by the government that certifies and confirms the holder’s identity and citizenship. You have to be a British citizen to hold a passport but it is not compulsory to have a passport, as long as you are staying within the UK. You will need a passport if you wish to travel outside the UK. A passport can also act as a form of identification in certain circumstances, for example to show that you can work here or when opening a bank account.

You will need to send an application form, supporting documents and a fee to the Passport Office (previously known as The Identity and Passport Service). Supporting documents, including your birth certificate, parents’ birth certificate or nationality certificate, will need to be sent depending on what type of British nationality you hold. After sending off your passport application, you may be called for an interview at the Passport Office, where you will be asked personal details about yourself. This is to prevent identity theft and false applications. If your application is successful, you will be sent a new passport.

But, having British citizenship does not guarantee that a passport will be given to you. Passports will only be given to those the government believes are entitled and eligible to own a passport. Therefore if you have committed a serious crime or have a criminal record in the UK your eligibility may be affected as this will affect your credibility. It does not prevent you from obtaining a passport, but immigration officers will need to take more time in reviewing your application. Before you apply for a passport please ensure you hold one of the qualifying British nationality statuses.