Other types of British nationality 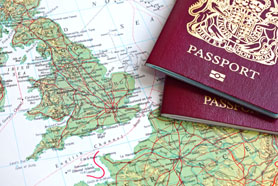 The six different forms of British nationality recognised in the UK are:

You qualify to be a British overseas citizen if:

If you lost your British overseas citizenship when Britain handed Hong Kong back to China in 1997, you could register to keep British citizenship. It did not give a right of abode and cannot be inherited by children.

If you were born in a protected state, mandated territory or trust territory of the British Empire, you are a British protected person. This allows you to hold a British Passport and be considered a British national. There is no automatic right of abode.