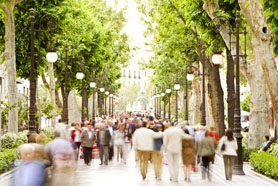 The Mental Capacity Act 2005 (MCA) has ensured that the law recognises vulnerable people and has protected the decision making power of an individual with mental disabilities. But the Act also recognises that if a person lacks capacity, important decisions can be made on their behalf. The term capacity refers to the decision-making ability of an individual. To assess whether a person has the capacity to make a specific decision at a specific moment in time, the MCA has set out a test.

The test is a ‘decision-specific’ test, which focuses only on the decision that has to be made. It might be that a person may be completely capable of making decisions about which transport route to take to town or what food to buy, but at the same time be unable to make decisions about medical treatments or financial matters.

The test is in two stages and will be satisfied if:

In deciding the second part of the test, a person will lack the capacity to make a particular decision if they cannot:

If a person cannot do any one of the above things, they will lack the capacity to make the decision. You must note that both parts of the test must be completed.

If you are involved in the person’s daily decisions as a carer, then you are capable of assessing capacity. But when a doctor suggests that a particular type of treatment is necessary for a patient, the doctor must consider whether the patient has the capacity to consent to the treatment.

As previously mentioned, the individual can also appoint an attorney.