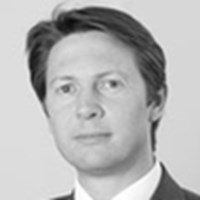 Mark is a partner in the Employment and Pensions practice group and he specialises in pensions law. He is recognised by Legal 500 and Chambers Directory and described as having the “ability to understand the issue, and present it in a way that we can understand, while being thoughtful in terms of offering alternative strategies; he thinks outside the box." – Chambers 2013. Mark is also ranked as a leading individual in Pensions and Pensions Litigation by Chambers UK 2014 and described as "glowing praise from commentators for 'attention to detail and depth of knowledge' and a 'very gifted individual' " .

Mark is experienced at advising employers and trustees on the full range of pensions issues. He has acted in relation to a wide range of schemes, including those of FSTE 100 companies, public sector bodies and charities. He has also acted as a trustee of various schemes through a trustee company. Mark is a member of the Association of Pension Lawyers (APL). He is a regular speaker at pensions events and courses, including those organised by the APL and by commercial training companies. Mark has also had many articles published.