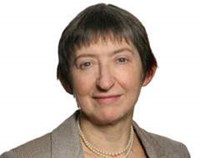 Monica is a partner in our UK Planning team. She is a Roll A Parliamentary Agent and, as such, is qualified to promote and oppose Private Bills in the Westminster Parliament. She also promotes and opposes Bills in the Scottish Parliament.

She specialises in public and transport law, planning and compulsory purchase law, particularly for ports and railways. She acts for Railtrack, Transport for London, harbour authorities and local authorities in the promotion of private Bills, transport and works orders and harbour orders.

Monica previously spent nine years as a parliamentary draftsperson in the Office of the Parliamentary Counsel, Whitehall drafting Government legislation including Bills relating to transport, education and local government. Monica is the joint author of Blackstone's 'Guide to the Transport and Works Act 1992' (Blackstone Press 1993), Blackstone's 'Guide to the Environment Act 1995' (Blackstone Press 1995) and the 'Law of Harbours, Coasts and Pilotage' (Lloyds Office, London Press 1997). She drafted the first model clauses for transport and works orders prescribed by Government under the Transport and Works Act 1992.

Monica is a recommended individual in Chambers UK Legal Directory 2008 and is described as "intelligent, competent and pleasant to deal with" and "highly skilled when it comes to detailed complex matters" with "tremendous expertise" in drafting legislation.