Home | News | December 2014 | Important changes to Employment Law: what you need to know

Important changes to Employment Law: what you need to know

A large amount of employment legislation has come into effect as of spring 2014 and will also be operable in 2015, changing workplaces up and down the UK. 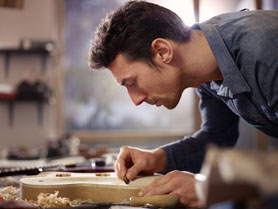 The minimum wage was increased from £6.31 to £6.50 an hour in October 2014 for all workers of twenty-one years and above. Some have called this as a hollow victory. Chancellor George Osborne ignored Britain’s largest Trade Union, Unite’s proposals, to increase the minimum wage to the UK living wage of £7.81. Unite’s economic projections were that this figure would be enough to lift millions out of poverty and increase revenue for the economy.

In a significant change to workplace culture, the rights of parental leave have been extended; this will be most noticeable in traditional firms with strict working patterns as the new law makes it easier for parents to juggle work and childcare through flexible arrangements.

This opens up the realms of equality for the first time, allowing fathers to share parental leave with their partner after the birth or adoption of their child. Also coming into effect will be entitlement of unpaid leave to a parent of a child up to the age of eighteen, a huge increase from the previous limit of five years old.

The review ended up as the ‘fit for work service’, it will offer an occupational health assessment and will be available to employers and employees after four weeks of sickness absence. It will hopefully be seen in the coming New Year.