"Save British Justice" and "No Legal Aid Cuts" are just some examples of slogans that were held up on placards on Monday morning, January 6 2014, as for the first time in history, barristers throughout England and Wales staged a strike over the legal aid cuts. 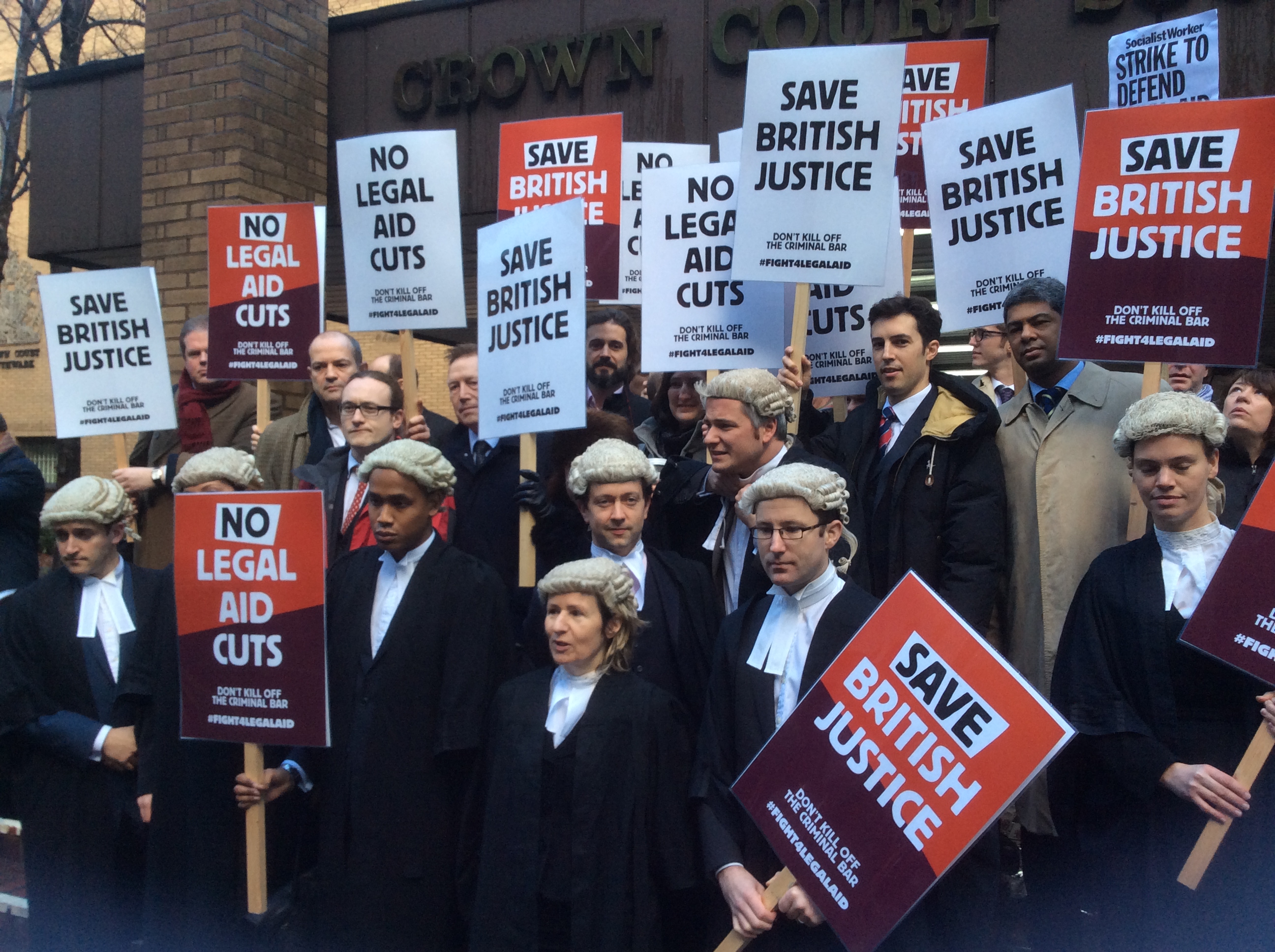 The government declared plans to cut legal aid, the organisation whereby the state pays the legal fees of those unable to afford lawyers themselves, by a further 30 per cent this year leaving British trial lawyers to warn that this would start a chain reaction that would drive away talent from the profession which may lead to endangering the criminal justice system.

This half-day protest was organised by chairman of the Criminal Bar Association (CBA), Nigel Lithman, which saw hundreds of barristers in grey wigs, white bow ties and long black gowns outside the courthouses across England and Wales. The CBA represents 4,000 lawyers and the protests are organised at 15 different courts across the country. Said Lithman: "The very future of our criminal justice system is in jeopardy by the imposition of savage cuts to funding."

But the Government has argued that its proposed cuts to legal aid are reasonable and will ensure that the system remains financially sustainable. The legal aid cuts are just one element of the government’s programme of reducing Britain's budget deficit.

The Ministry of Justice has stated: "At around 2 billion pounds a year we have one of the most expensive legal aid systems in the world and it would remain very generous even after reform."

If the government cuts continue, Chawla said, "the guilty will go unpunished and the innocent will be wrongly convicted."

The government published figures last week that sought to defend the legal aid cuts by showing that barristers were handsomely paid. For example, it said that more than 1,200 barristers judged to be working full-time on taxpayer-funded criminal work received 100,000 pounds each in fees last year. In a dig at the release of the earnings figures, Chairman of CBA, Lithman, said he had been contacted by one barrister who was earning £13,680 in her second year of practice

Whereas Chawla accused the government of misleading the public, pointing out that the figures included VAT which is passed on to state coffers and did not take into account the high expenses faced by barristers, who are self-employed.

The CBA has announced that the collapse in pay has left the profession on the verge of collapse which also claims that hardly any new barristers will be able to qualify in the field. Barristers could get as little as £20 a day for work that often involves travel, says the professional body. Currently, junior barristers working in criminal law get £50 a day before tax with no paid holiday or sick leave.

"The reality is that the criminal bar is in crisis. Chambers cannot afford to recruit pupil barristers and even the vanishingly few that make it through the net are finding that they have joined a profession where they have little hope of paying off the mountainous debts accumulated in study and qualification." Another consequence, Mr Hardy warns, is that it will drastically reduce diversity in a profession which is already short on women.