Surprise move to rush through new law in the name of national security. 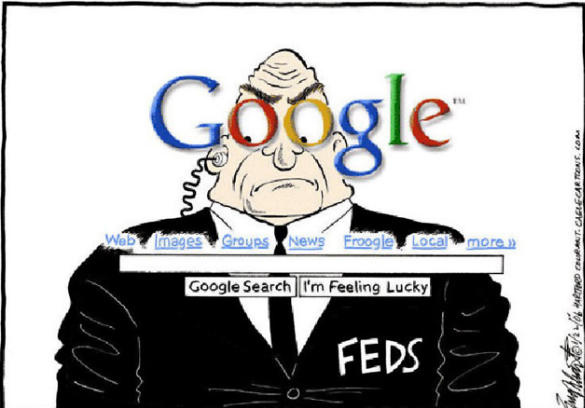 Online privacy is a sensitive area at the moment. Thanks to accusations of international governmental surveillance, the spotlight is on any moves by officials to snoop on people’s online habits or gather other data.

It is because of this that today’s announcement by the Coalition is worrying. They are to spearhead a rushed legislative bill to allow for the mass storage of online and telecoms data. The idea behind the move seems to stem from a need to maintain as opposed to expand these powers. At least that is the way the emergency measure is being characterised.

The issue began in April of this year, when a ruling in the Court of Justice of The European Union (CJEU) rendered current legislation allowing for storage of data unlawful. Those storing the data itself are the providers, such as ISPs and telecoms companies. Their concern following April’s ruling is the need to comply with it in order to avoid a deluge of legal claims from consumers.

A noble aim that may be, but to some today’s announcement seems odd. Odd because the ruling was made in April. It is now July. Use of this fast-track legislative process is a rare thing indeed. The implications for democratic legal process are obvious. Fast tracking legislation means far less parliamentary debate and scrutiny. It also makes for no input or choice from the electorate via the polls. No manifestos to consider here.

Admittedly the rush may be due to circumstances the public domain is not privy to. Even so, whether the catalyst is to remain an enigma or not, sudden departures from democratic process cannot go unnoticed. This is all the more important when the implications concern the fundamental role of the state and citizens’ civil liberties.

The information’s function was highlighted today by Prime Minister David Cameron: “The ability to access information about communications and intercept the communications of dangerous individuals is essential to fight the threat from criminals and terrorists targeting the UK.” There appears to be cross-party agreement for exactly this reason.

But as Labour MP Tom Watson suggests, there is a feeling there has been political accord without substantive debate. In short, it seems to him a “stich-up” and that MPs need not turn up to work next week “because there had been a political deal.”

The rush comes with two caveats to placate critics. Firstly the Regulation of Investigatory Powers Act will only remain in force with the amendment until 2016. This sunset clause is intended to ensure the collection does not continue indefinitely. There will also be a watching eye surveying the law’s operation in the guise of the Privacy and Civil Liberties Oversight Board.

Privacy in today’s information age is a rare commodity. Restricting it in the name of national security may at times be necessary. But to have such little information about the reasoning, and in the presence of an odd hiatus between the cause and the effect, cannot be applauded and must be questioned.