The application of civil justice reform could potentially change costs management within the UK justice system for good. 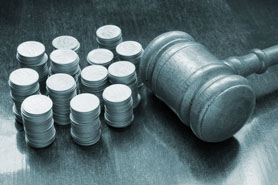 The Jackson reforms took effect from April 1 2013. Their objective? To ensure the costs incurred by cases that go to trial become more proportionate to the issues they concern.

Strict sanctions and instructions have been introduced under the changes. The aim being to ensure court timetables are followed and money is not lost due to delays. In short, woe betide anyone filing claim forms or witness statements late.

The first high profile complaint against the Jackson reforms came from solicitors representing Andrew Mitchell. In Mitchell v News Group Newspapers, the former Chief Whip of the Conservative Party was alleged to have called police officers ‘plebs’ whilst leaving Downing Street. The Sun newspaper reported the allegations as fact and Mr Mitchell sought a defamation action against them.

What happened next was perhaps not sensational enough for the Sun to run with: Mr Mitchell’s legal representation failed to file their schedule of costs on time. The court of first instance refused them relief from sanction for this lateness, in line with Jackson’s diktat. The overall idea being, there must be penalties to make sure others don’t do the same in the future. Delayed trials cost money, so courts should save in the long run by enforcing punitive sanctions for these failures now.

This decision was made regardless of the fact that Jackson’s costs budget scheme was not in effect at the time of the claim being brought, but instead used in the case as a ‘costs management pilot scheme’. Mr Mitchell’s solicitors rightfully complained, citing that there has not been adequate time in which to calculate the claimant’s costs budget. Using this as a mitigating factor, they applied for leniency from the Court of Appeal and challenged the first instance decision.

But in November of last year, this appeal was dismissed.

Fast forward to 2014. On 16 and 17 June, Lord Dyson and the author of the reforms Lord Jackson sat in the Court of Appeal to hear Decadent Vapours Ltd v Bevan, Denton & Ors v TH White Ltd & Anr and Utilise TDS Limited v Davies. These appeals followed up on the Mitchell decision. Many are aware that concerns regarding the extremity of the Mitchell ruling are to be addressed by the ruling given on these joint cases.

The claims relate to similar failures to follow court procedure and subsequent sanctions. The appellants’ argued there should be more leniency in individual cases, when relief from these sanctions should be granted given the trivial nature of the alleged breach. More broadly, the question asked was: are the Jackson reforms conclusive to justice, or simply a dogmatic pursuit of costs reduction?

The Court of Appeal reserved judgement, but it is likely to be given expediently. Practitioners are anticipating clarification of Mitchell’s strict application of Jackson’s costs reforms. It is hoped the Court will provide ‘clarity’ on the new compliance rules.

Such clarity may not be easy to find, given the consequences of either dismissing or upholding the appeal. If the rules are relaxed, numerous appeals against similar sanctions are likely. If the Mitchell approach is replicated, the ability for courts to exercise discretion in such cases will be hugely diminished.