Attorney generals from the UK, Australia, New Zealand, the USA and Canada meet to discuss the law on contempt. 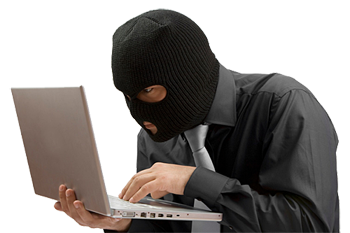 On the agenda for discussion was the international fight against cybercrime and the legal fallout from the Edward Snowden affair. But having become increasingly problematic for courts in recent years, changes to the offence of contempt of court was also of great concern.

This was best illustrated by a recent high-profile manslaughter case in New Zealand. Jurors are supposed to consider only the evidence presented to them during a trial. However, the urge to research online about the defendant is hard to resist for some. In this instance the judge had to discharge five jurors, after one of them looked up information relevant to the trial on the internet and shared his findings with the other four. After forming a new jury, the following day, five more had to be discharged because of the very same reason.

The international meeting of senior lawyers follows a recommendation made by the UK's Law Commission last December. At the moment every judge instructs jurors as to their conduct before the case is tried. If these instructions are breached the jurors in question are tried in the Divisional Court.

But recently the Commission has suggested criminalising the offence of contempt. It is hoped this will give the jurors who have breached the law a fairer trial and act as a warning to their successors in the future.

The Commission also proposed changes to the law surrounding online material that refers to matters included in the trial. Under the proposals, publishers would have the right to maintain any articles published before a trial begins - unless explicitly asked to take them down. This will keep their right to freedom of speech, without having to continually review information they have previously posted.

This was not all they had to say. Under current laws, jurors are not allowed to disclose information concerning miscarriages of justice to third parties. The Commission has recommended extending the defences available to jurors in cases of breach, as well as allowing them to disclose their concerns to court officials.

If the international legal community shows willingness to punish those who search for more than they should during criminal trials, then the Law Commission’s proposals might become a reality. They may seem extreme, and the idea of a public body removing a juror’s phone may seem scarily Orwellian. But the rule of law requires equality under justice on which a fair trial is founded. If a jury judges a defendant based on their Facebook history or Twitter posts, this trial is no longer impartial.

The proposed rules aim to protect individuals by criminalising those who undermine their right to a fair trial. This may be the only way to maintain faith in the criminal justice system.