We recently posted about issues with the implementation of the Jackson Reforms. The hotly anticipated clarification has now arrived. 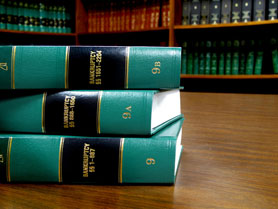 Last week the Master of the Rolls, Lord Dyson attempted to address the confusion that followed his Mitchell ruling.

But there wasn’t the complete change to the Mitchell guidance that some wanted. Even though all three of the joined cases had their appeals allowed.

Lord Dyson made clear that although the guidance in Mitchell had been ‘misunderstood and is being misapplied by some courts’; he maintained it had been a ‘substantially sound’ judgement. He explained that ‘It seems that some judges have ignored the fact that it is necessary in every case to consider all the circumstances of the case.’

Dyson insisted the guidance in Mitchell, where the claimant’s non-compliance caused ‘substantial extra work and extra costs to be incurred by the defendant’ should not be applied in all relief from sanction decisions. He then set out three stages for courts to follow when faced with applications for relief from sanction.

The first stage is to assess the seriousness and the significance procedural breach. Secondly, why did it occur? Lastly the circumstances of the case should be considered.

Dyson added that following Mitchell it had been assumed that: ‘if there is a non-trivial…breach and if there is no good reason for the breach, the application for relief from sanctions will automatically fail. That is not so and is not what the court said in Mitchell.’

Many practitioners have suggested this clarification has not gone far enough. Others have criticised the fact that Mitchell was referred to as “being sound”.

Trials need to be kept on schedule, and compelling each side to follow timelines is part of managing court procedure. This saves everyone money and makes sure justice is achieved as quickly as possible. But sometimes things go wrong and there might be a minor delay or mistake made. These misdemeanours bring sanctions, and Mitchell made clear that relief will remain harder to get than many would prefer.

The costs incurred by refusal of relief can bring large financial penalties. Mitchell made many within the profession fear that all minor breaches would lead to major fines. It was hoped this latest ruling would be an olive branch to parties caught up by the tightened rules. But the new guidance may not go far enough. For the time being, refusals for relief due to minor breaches will remain a possibility.