The word slavery is often used when talking about historical aberrations. But even in the UK, slavery still rears its ugly head. 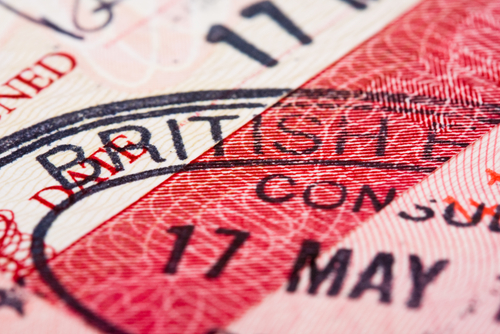 It is hard to believe that in the 21st century, people are still being treated like property. Often the victims are brought to Britain with false promises of work, opportunity and freedom, before being forced to work in illicit industries including cannabis farms and brothels.

Fortunately though, these victims may be eligible for compensation for the exploitation they have suffered courtesy of Home Secretary Theresa May’s new Draft Modern Slavery Bill. The Bill was brought forward as part of the most recent Queen’s Speech.

It seeks to ensure that the victims of these crimes are compensated and get the reparations that they deserve from their enslavers. This has been announced as being ‘one of the first pieces of legislation in the world to tackle modern slavery.’ Theresa May has looked to hit back hard at the issue, which was for a long period of time an unrecognised or ignored topic.

Last December a draft was published, but it faced backlash from campaigners. They contested that the draft failed to adequately protect the interests of the victim, and criminalised them for actions that they participated in against their will.

Currently, victims can be prosecuted for involvement in any illicit activity if there is evidence against them. The law does not take into consideration whether or not the victim was actually under duress and being forced to partake in the crime, which is hugely unfair. It is surprising that this gap has been left in the justice system for so long.

The revised Bill requires a victim to establish that the illicit activity was done against their will, in an attempt to safeguard their interests. But would this not open the floodgates for potential abuse of the system? The Home Office have assured the public that although a victim needs only to prove that they were partaking in the illicit service against their will, they will need to prove that there was no reasonable alternative and the illegal activity was committed as a direct consequence of their enslaved circumstances.

The Draft Modern Slavery Bill is admirable. The Home Office should be applauded for taking more than merely a critical stance against modern slavery. The legislative procedure will take some time, but stopping something which is so damaging to migrants looking for a better life can only be welcomed.