Being forgotten by Google - good or bad?

Following the recent ruling in the Court of Justice of the European Union (CJEU), there have been interesting developments that continue to pit the individual’s rights against online transparency. 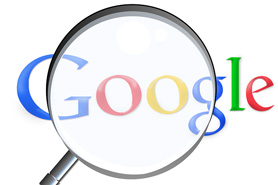 As a result of last month’s CJEU ruling and the right to request removal of an individual’s retrospective mishaps, the search engine’s reaction has been instant. Google has acted speedily in order to comply with the court’s mandate, even to the extent of setting up a right to be forgotten form for individuals to lodge their requests for removal.

Whilst this is expedient for the individual who would like to keep certain parts of his or her past hidden, there have been issues raised in the wake of the ruling. Having even the darkest information about themselves removed, a number of other dubious individuals have submitted requests to Google for search history results linked to their misdemeanours to be taken down. These have included criminal convictions, for example a convicted paedophile has made use of the ruling’s changes.

In response, Google has decided to take a hard line against these types of requests. They say ‘we will assess each individual request and attempt to balance the privacy rights of the individual with the public’s right to know and distribute information’. The hope is that this nips the issue of hiding criminal activity in the bud. It also suggests professional malpractice and questionable activity of public officials, will be saved from an online cull.

Google will start to remove information from mid-June, although searches made outside Europe concerning the affected individual will still show the ‘irrelevant’ information. Particularly in the US where the First Amendment guarantees Free Speech. This approach is an example of why the ruling has been criticised.

Yes the CJEU cannot impede upon another jurisdiction. But the argument is that other jurisdictions would not tolerate a ruling such as the CJEU’s. This echoes most of the online complaints about the privacy decision and the curtailment of the public’s ‘right to know’ in favour of their ‘right to be forgotten’. Ultimately it will be Google and national data protection agencies that will have to find the balance between the two.

Google, continuing the critical theme of the privacy decision, have declared that the ruling will ‘damage innovation’. But apart from the sensible curtailment of freedom of speech and the correct regulation of search engines, Google did not explain how.

If judged on its merits, in theory the privacy ruling seems like a good idea. Commentators suggest that Google shouldn’t be above the law and should be regulated as much as any other company pervading the public domain. Google have also stated that they regret not being part of a real debate on privacy in Europe and will try to be more ‘European’. As ambiguous as that statement is, it will be up to Google to clarify it.

Perhaps more cynically, some suggest Google’s main complaint is based on the sheer expense of sitting through hundreds of thousands, if not millions of takedown requests. Though masked by the noble aim of freedom of speech, this effect is in some ways fair justice for a company so deeply involved in making money from the public.