Legal aid reform through the veil of the OpCotton trial

The latest stage of a high profile criminal trial has left opponents to legal aid reform in disarray. 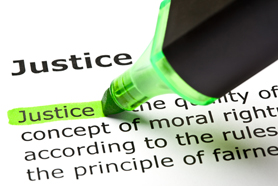 The "OpCotton" case, otherwise known as R v Crawley and Others, is an example of a VHCC (Very High Costs Case). It concerns conspiracy to defraud. In early May, Alexander Cameron QC succeeded in having the case stayed on behalf of the defendants. Acting pro bono, the argument was that the highly complex elements of the trial required bolstered representation to be given to the defendants.

Due to the Justice Secretary Chris Grayling‘s legal aid cuts, the contention was that the defendants themselves could not afford to pay for the representation needed, and that because of the reduction in legal aid the government could not appropriately plug this gap. Because of this the Crown Court was compelled to find the case should not proceed.

Although the presence of Alexander Cameron QC on behalf of the defendants worked to create political embarrassment for his brother David Cameron, a recent Court of Appeal decision to continue with the OpCotton fraud case and overturn the Crown Court’s ruling signaled a victory for Chris Grayling and his legal aid cuts. But the case has at least brought high-profile attention to the need for competent barristers to represent those who require their help.

Though Lord Justice Leveson and his fellow judges allowed the appeal against the defendants’ previous success, they did stress the importance of the need for quality advocates to take part in complex proceedings that need experienced representation. They neglected to delve deeper into the issue of legal aid, explaining that ‘the level of remuneration in VHCC was not one we could (or should) become involved’. But as a parting note, Sir Leveson did indicate that they were not ‘unmindful’ of the issues and the ‘underlying impact of the dispute’.

Whilst Sir Leveson and his fellow judges have declined to muddy their hands in the issues of legal aid, certain aspects of their judgment could offer a fraction of hope to opponents of legal aid reform. They highlighted the importance of a ‘criminal justice system of which we can be proud’. It was also noted that the legal profession must ‘continue to try to resolve the impasse that presently stands in the way of the delivery of justice in the most complex of cases’. But overall the decision was a win for the government, and the MoJ welcomed the ruling. This welcome was of course not without the caveat that the UK has ‘one of the most expensive legal aid systems in the world and we have to address this’.

But Lord Justice Leveson and his fellow judges cannot have it both ways. They cannot allow a decision to be made that supports legal aid cuts yet at the same time urge for the most experienced advocates to continue to take on these cases. Unfortunately, the latest stage of the OpCotton trial is bad news for equal justice.