Right to be forgotten vs right to know

Keeping the past in the past is something all of us do in everyday life, but the internet makes doing that increasingly hard to achieve. A recent ruling within Europe has made things a little easier for those who have something to hide. 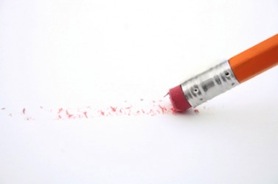 How much of your past would you like to be kept hidden from the internet? Would you be happy for your potential boss to run your name through a search engine? How about future loan providers running an incognito check on your financial history?

These are the issues at the core of the landmark ruling of the Court of Justice of the European Union (CJEU) against Google last week. Mario Costeja González brought the case as he looked to have search results concerning his previous bankruptcy removed from Google’s results list. The ECJ ruled in his favour, and found that Google and other search engines could be forced to remove some results when certain names are searched. To a neutral bystander the ECJ’s decision regarding Mario Costeja González may seem fair; why should a financial misdemeanour from the distant past affect your reputation in the present? But other implications of the ECJ’s ‘right to be forgotten’ ruling might not be so innocuous.

As of this week, Google were reportedly swamped with requests to take information down including requests from a politician, a badly rated doctor and a convicted paedophile. This lands Google in a rather tough moral situation. It has stated that it has the right to ‘decline requests that the company believes are in the public interest to keep in its search results’. But surely that would mean turning a should-be autonomous search engine into a sort of regulatory body? Clearly this seems at odds with the general open and unregulated ideology of the internet.

Google has called the decision ‘a disappointing ruling for search engines and online publishers in general’. The Computers and Communication Industry Association, an umbrella group for the wider technology industry has said the ruling ‘opens the door to large scale private censorship in Europe’.

Whilst the curtailment of free speech may be of an issue here; there may be shadier reasons for the technology industry’s chagrin. Google and other search engines are after all businesses and any regulation on a company, despite the nature of their industry, could be counter-productive to their profitable aims. But it is important to remember that Google is not untouchable. It is accessible to all, and so should arguably be subject to the same regulations as any other company dealing with human interactions.

That Mario Costeja González has won his case has been welcomed by some. But what this means for the broader issue of internet censorship remains to be seen. One thing is clear though: the ECJ ruling is a huge red flag in the face of the currently largely unregulated domain of search engine providers. This might just be a further step towards total cohesion of the law and online life. Even if this means rejecting the free roaming ideals of the internet itself.