From late January 2015 complaints against Claims Management Companies (CMC) can be made to the Legal Ombudsman Service. This means customers with grievances will be able to get compensation for the first time. 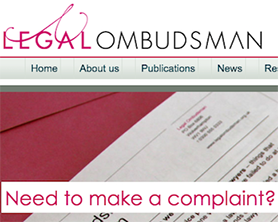 Legal Ombudsman Service will take over from the Claims Management Regulator, a unit within the Ministry of Justice (MOJ) that has regulated the claims industry since 2006.

Initially it was the boom in personal injury claims around the early millennium that was feeding the development of a litigation culture, but today it is the mis-selling of Payment Protection Insurance (PPI) by banks that has led to the current exploitation of consumers. Since the banks lost the High Court case in 2011 against having to repay customers who have been mis-sold loan insurance, claims firms have been swooping in to encourage people to claim the money back even in situations where the person may never have been mis-sold PPI.

The reason for this shift is the growing concerns that some CMCs are acting dishonestly by exaggerating their success rate to entice customers while often failing to deliver on their promises. Many are accused of charging significant fees in return for work the consumers would have been able to do by themselves for free, according to consumer watchdog Which? Worse still, some claims companies face allegations of outright fraud.

The Regulator is responsible for licensing claims firms, advising consumers and implementing sanctions for breach of the established rules of conduct. One sanction is to revoke the firm’s licence, and criminal action can also be taken. Having the Legal Ombudsman Service deal with the consumer complaints means the Regulator would be free to focus on dealing with regulating malpractice within the industry more efficiently.

Statistics suggest that over 300 firms have already been closed down by the Claims Management Regulator, particularly following the enforcement of fee bans in 2013 that saw the end to unscrupulous referral fees being paid between claims companies. The tightening of the rules saw the number of registered CMCs plummet in the same year.

Plans to create a more robust complaints procedure have been underway since 2012. One of the main improvements is that the Ombudsman is able to award compensation as a remedy when the Regulator could not, and the limit on how much compensation the Ombudsman can award was increased to £50,000 in October 2010.

The MOJ estimates that there will be 3,000 complaints added to the Legal Ombudsman Service’s workload as a result of this shift, and in order to pay for the increased workload CMCs will be required to make a financial contribution. This will depend on the firm’s annual turnover, so it is expected that the average CMC with an annual turnover of less than £25,000 will pay up to £250 per year.

To vulnerable consumers this can be considered a stroke of genius by the Regulator. The claims management industry has become so corrupt in places that legislation had to be introduced to answer the threat, and yet the business continues to grow; Figures show that there are currently 3,000 registered CMCs in the UK.

Transferring the consumer complaints element of their workload to the Legal Ombudsman, who has more power to deal with such matters, allows the Regulator to work more closely with CMCs to stamp out corruption. What further sweetens the deal is that the taxpayer will not be footing the bill for culling the Machiavellian firms. Instead, the Claims Management industry will answer for itself by funding the new regime with contributions that are comparable to the size of each company. This type of system could greatly increase professional responsibility within a much maligned industry, and widely benefit consumers.