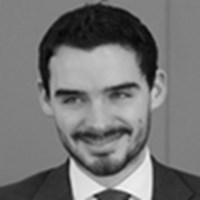 Richard is a senior associate specialising in EU and UK competition law. Having worked extensively in teams with a commercial and technology focus, many of Richard’s clients are IP-rich and frequently encounter competition issues as a result of holding significant market shares. Richard advises these clients in relation to various competition issues including pricing strategies and exclusivity arrangements.

Richard has developed particular experience of providing legal and strategic advice in relation to behavioural matters, and the assessment of restrictive provisions in commercial agreements. Richard frequently advises clients on the application of exemptions from competition law in agreements involving technology transfer and cooperation between competitors.

Richard advises both suppliers and contracting authorities on the application of public procurement rules, and provides competition compliance and dawn raid training.

Richard represents clients in a number of industry sectors. Having recently joined Taylor Wessing from a firm specialising in sports law, Richard has detailed understanding of the sports sector, and has acted for numerous Premier League clubs, players, sponsors and governing bodies in relation to competition and restraint of trade issues. Richard also advised on a variety of agreements concerning the licensing of image rights and the use of new media in the distribution of sporting content.

Richard has also advised numerous trade associations, particularly in the insurance and transport sectors, on the implications of facilitating coordination between competitors, information exchange, and standard-setting. In doing so, Richard has acquired expertise in the application of the insurance block exemption regulation, and the unique application of competition law to the aerospace sector. Richard also assisted in successfully defending a major transport company against a claim alleging an abuse of its dominant market position.

Richard also represents clients in the life sciences and pharmaceuticals sectors, where he has advised on matters such as exclusive supply agreements, IP licensing and procurement issues.

Richard has an LLB in Jurisprudence from Keble College, Oxford, and obtained Postgraduate Diploma in Competition Law from King’s College, London.