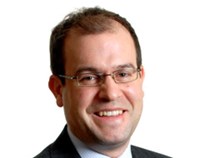 Rob is a Senior Associate in our employment team. He handles all aspects of contentious and non-contentious employment law and conducts his own advocacy in the Employment Tribunal. During his time with the firm, he has been involved in defending a wide range of high value and complex proceedings, including discrimination, whistle-blowing and protective award claims. He also advises on specialist areas, such as the Transfer of Undertakings (Protection of Employment) Regulations 2006 ("TUPE") and the Working Time Regulations 1998 ("WTR") and is involved in a number of sectors, including Health and Transport. Rob joined the firm having previously worked in commercial and corporate practice as well as employment.

Rob is also involved in designing and delivering training on behalf of the team and is a regular speaker at events such as public training courses, breakfast briefings and mock tribunals. In addition, he is the Pro Bono Manager for the Leeds office and is involved in various pro bono initiatives on both a local and national level.